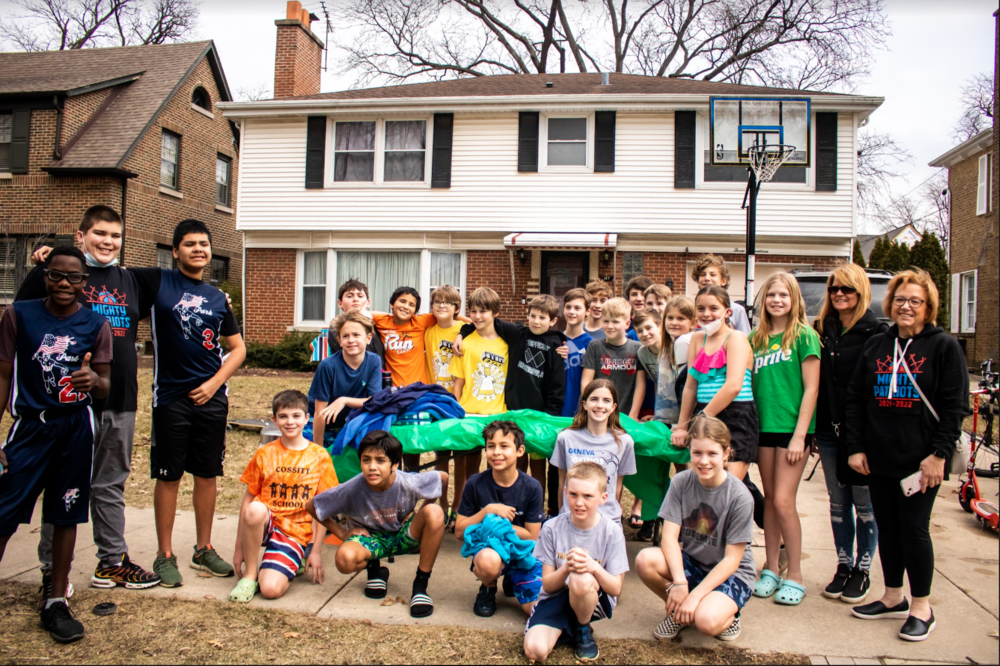 Kindness is Contagious: Plunging for the Mighty Patriots

The Mighty Patriots’ current staff sponsors, Geri Pasieka and Christy Schwartz are overwhelmed by all the support they have received this year, especially from other students. All the hard work and effort by the team has had a successful outcome. This season the team has played 13 games and are been undefeated.

“Our very favorite part happens at midseason when the team starts to gel,” said Pasieka and Schwartz. “That is when players start helping each other and trusting each other to pass the ball. It is great seeing them worry about another teammate making a shot during the game rather than just watching the score. It is rewarding to see the student coaches motivating the players and keeping them focused. Also, listening to the players chatter on the bench like any other team is exciting. It is inspiring to watch the student body in the stands accept and cheer for their team and see how the players shine. The acceptance is definitely our favorite part!”

“It is so wonderful watching the sportsmanship and kindness this team shows to others,” said Schwartz. “If an opponent falls during a game, it is a Mighty Patriot stopping to help them up. Our players make sure all teammates have a chance to score and if they don’t, they will give them the ball and hold off the competition to give them a chance.  These kids play with their hearts.”

The Cossitt PTC was able to raise over $3,000 during the Plunging for the Mighty Patriots Fundraiser to help support the Mighty Patriots. Prizes throughout the event were generously sponsored by The Hot Dog and Burger Company, Nonna's Pizza, and Flying High Gym.

“What a way to advance to the state competition with the knowledge that so many are in support of our team,” said Geri Pasieka. “ I am speechless - which hardly ever happens! Thank you to everyone who offered their heart, energy, love, support, and donations to help. You have made this team and its coaches feel honored, supported, and loved. What more could anyone ask for?”

The Mighty Patriots experience is a demonstration of overcoming challenges, uniting the student body, and demonstrating the heart of the La Grange D102’s school community. It is always amazing to see how MIGHTY, whether in winning or losing, these Patriots can be!

Park Jr. High is hosting another event Thursday, March 10, for the Mighty Patriots where the entire school lined up throughout the hallways to celebrate and clap as the team headed out for the State Competition. The entire La Grange D102 community wishes them the best of luck!